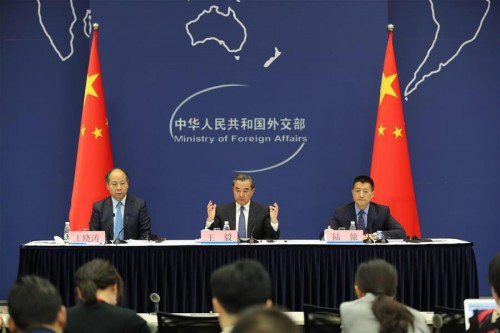 Cambodian Prime Minister Samdech Akka Moha Sena Padei Techo Hun Sen will lead a delegation to attend the “Belt and Road Forum for International Cooperation” to be held from May 14-15 in Beijing, China, at the invitation of Chinese President H.E. Xi Jinping.
According to a press release of the Ministry of Foreign Affairs and International Cooperation, the upcoming forum will take place under the theme “Belt and Road: Cooperation for Common Prosperity”.
Samdech Techo Hun Sen will join other Heads of State/Government in the Leaders Roundtable chaired by Chinese President H.E. Xi Jinping and will deliver his remarks on the themes “Policy Synergy for Closer Partnership” and “Strengthen People-to-People Bond”.
On the sidelines of the forum, Samdech Techo Hun Sen will have bilateral meeting with H.E. Erdenebat Jargaltulga, Prime Minister of Mongolia, and receive courtesy calls from various leaders of Chinese companies.
After the conclusion of this two-day forum, the Cambodian premier will pay an official visit to China on May 16-17, at the invitation of the Chinese government.
During the visit, Samdech Techo Hun Sen will meet separately with Chinese top leaders, including H.E. Xi Jinping, H.E. Li Keqiang, Prime Minister, H.E. Zhang Dejiang, Chairman of the National People’s Congress, and H.E. Yu Zhengsheng, Chairman of the National People’s Political Consultative Congress.
Samdech Techo Prime Minister will be accompanied by H.E. Hor Namhong, Deputy Prime Minister, H.E. Prak Sokhonn, Senior Minister and Minister of Foreign Affairs and International Cooperation and many other members of the royal government.
While in China, the Cambodian leader will also meet with Cambodian students and give interview with China’s news media as well as visit Xi An of Shaanxi province for the opening of the Cambodian Trade Centre.