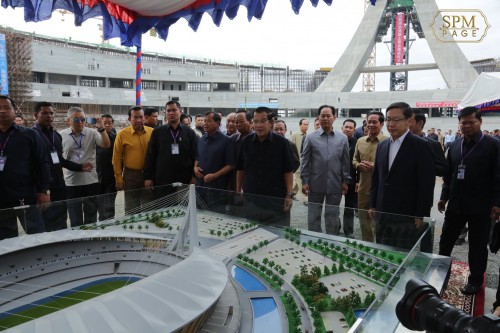 In response to unreasonable criticisms stating that the Royal Government lacks of money to pay monthly salary to her officials, Head of the Government Hun Sen, on Monday, said that the government earns about USD 400 million per month, yet spends only USD 300 million.
“We only spend USD 300 million per month, yet we can earn about USD 400 million,” the premier stated.
Cambodia’s General Department of Taxation (GDT) collected over USD 500 million in tax and non-fiscal revenues in July 2019.
According to Strongman Hun Sen, despite the international reserve fund of 15,000 million Khmer Riel in cash deposited in our National Treasury, Cambodia also reserves 14,000,000 million Khmer Riel to remunerate salary for the government officials. 1,000,000 million Riel is USD 250 million,
Cambodia also prepares a budget of USD 700-800 million annually to build and renovate roads, irrigation systems, and schools.
The World Bank and ADB forecasted that the kingdom will achieve a high economic growth rate of 7.1 percent in 2019.