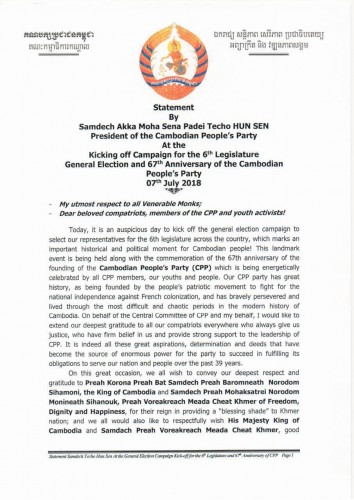 President of Cambodian People’s Party (CPP), Prime Minister Hun Sen, announced CPP’s official policies in a statement delivered at the kicking off campaign for the 6th Legislature General Election and the 67th Anniversary of establishment of CPP on Saturday morning.

He called on citizens to vote for CPP with a logo of an angel scattering flowers, ordered 20th on the ballot paper, in order to maintain peace and ensure Cambodia’s further development and prosperity.