Cambodia Spends $7M on Mine Clearance in 2017 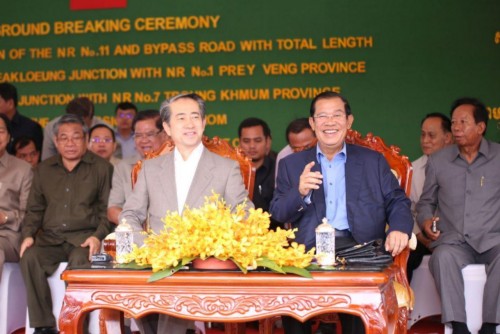 Cambodia had spent $7 million to clear landmines and unexploded ordnances in 2017, according to Prime Minister Hun Sen’s remark on Friday morning in Prey Veng province.

The premier stated that it was very unfortunate for Cambodia to clear all mines prior to the construction.

“According to the figures of the Ministry of Economy and Finance, we have spent $7 million in 2017 on mine and unexploded ordnance clearance in six projects. Wherever we build roads or any constructions, we need to search for mines and unexploded ordnance first. From what? The war in the 1970s and the 1975s,” said Prime Minister Hun Sen.

From 1992 to 2017, Cambodia had cleared more than 490 million units of all types of mines on 1,562 million square meters of land, according to the Cambodian Mine Action Center (CMAC)’s report.

The Royal Government of Cambodia is committed to remove all landmines by 2025 in accordance to the plan of the United Nations.