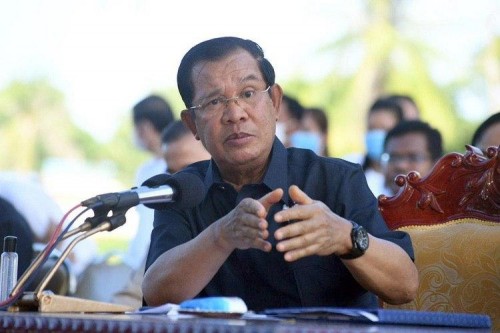 The Head of the Royal Government of Cambodia has confirmed the country’s commitment to contribute to the world food security.

This commitment was reiterated this morning by Prime Minister Samdech Akka Moha Sena Padei Techo Hun Sen when he paid a visit to the Freshwater Aquaculture Research and Development Centre in Peamro commune, Peamro district, Prey Veng province.
Samdech Techo Hun Sen underlined that Cambodia will continue to export rice to the international markets. The Kingdom has banned the export of milled rice for a short while at the beginning of the COVID-19 outbreak to ensure local food security, but as its rice stock is more than enough, the ban has been lifted, he added.
According to the Ministry of Agriculture, Forestry and Fisheries, during the first semester of this year, a total of 397,660 tonnes of milled rice were exported, up about 41 percent if compared to the same period in the previous year.
Cambodia’s milled rice was shipped to 56 countries around the world, including China, 24 countries in the European Union, and six countries in ASEAN, and 66 companies engaged in the exports.
The rice exports saw an increase in all destinations compared to 2019; that is, up 45.19 percent to the EU, 25.20 percent to China, 47.69 percent to ASEAN nations, and up 79.26 percent to other foreign markets.