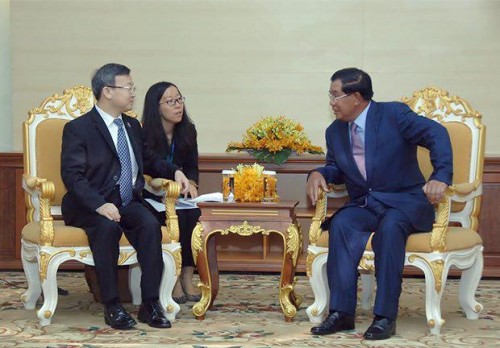 The Fifth China Round Table on WTO Accessions themed “Best Practices on the Accessions of Least Developed Countries (LDCs)” was opened this morning in Siem Reap province under the presidency of Samdech Akka Moha Sena Padei Techo Hun Sen, Prime Minister of the Kingdom of Cambodia.
According to an announcement of the Ministry of Commerce, the event that will run until Mar. 23 will provide opportunities for LDCs to exchange experience and lessons from their accessions.
Cambodia is one of the leading LDCs in terms of trade and economic performance and is ready to share her accession negotiations and membership experience with her fellow LDC members and observers, underlined the World Trade Organisation (WTO) on its website
The first four Round Tables took place in Beijing, China in May 2012; Luang Prabang, Lao PDR in October 2013; Dushanbe, Tajikistan in June 2015; and Nairobi, Kenya in December 2015.
Last month, Cambodia was officially appointed as the head of LDC Group Coordinator, which consists of 36 members and 8 observers, for a one-year mandate between mid-February 2017 and mid-February 2018.