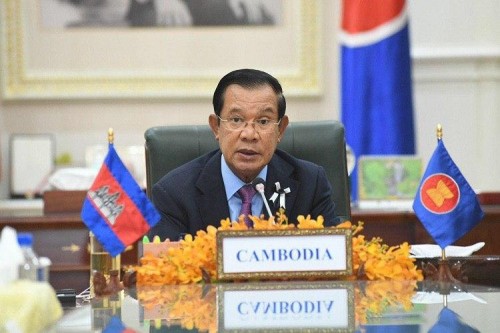 As a member of ASEAN, Cambodia has voiced its support for Timor-Leste as the youngest ASEAN member states, according to Cambodian Prime Minister Samdech Akka Moha Sena Padei Techo Hun Sen’s remarks at the 36th ASEAN Summit (Plenary Session) via Videoconference held on June 26 under the theme “Cohesive and Responsive”.
“Regarding the application of Timor-Leste to become a full member of ASEAN, I would like to reiterate Cambodia’s full support, and look forward to the early inclusion of Timor-Leste as a full member of ASEAN,” he stressed.
Samdech Techo Hun Sen also shared his optimism that the membership of Timor-Leste is not only strategically important for ASEAN in the context of geo-political contest among major powers, but also to realise the dreams of the Founding Father to unite all countries in Southeast Asian region under the ASEAN umbrella.
“In this spirit, we should continue working closely with the Government of Timor-Leste to address any major challenges that Timor-Leste is facing, so that all necessary procedures and requirements can be addressed in the near future,” he added.
The Royal Government of Cambodia always expresses its full support for the Timor-Leste’s candidacy as a new ASEAN member.
After the independence from Indonesia, Timor-Leste was recognised as an ASEAN’s observer since 2005, then the Timorese government officially applied for the ASEAN’s membership in 2011.
The Democratic Republic of Timor-Leste is a nation with the total land size of 15.007 square kilometres and 1.06 million population (2010). The majority of the population are of Malay-Polynesian and Papua origin; and the rest are Chinese, Arabs and European. About 90 percent are Catholics; the rest are protestants, and Muslims.