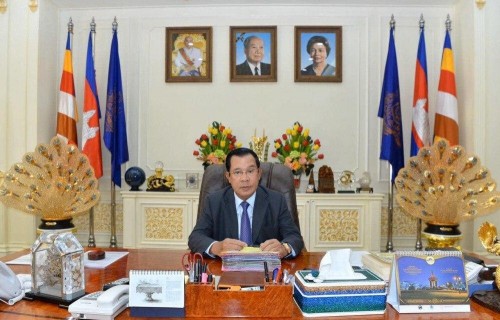 The Royal Government of Cambodia has expressed its commitment to continue its efforts in combating the COVID-19 pandemic by promoting and strengthening its good cooperation with the United Nations and other States Parties and relevant institutions.
The commitment was stated clearly in a message of Prime Minister Samdech Akka Moha Sena Padei Techo Hun Sen on the occasion of the 31st World Population Day (July 11).
Samdech Techo Hun Sen underlined that COVID-19 infections in the world keep increasing with no sign of retreat. The global public health is increasingly facing the crisis, resulting in serious socio-economic impact.
All countries around the world have been being affected by the impact, which has required their governments to set forth and adjust their respective policies and strategies in accordance with the concrete situation of each country, he continued.
In response to the COVID-19 spread, the Royal Government of Cambodia has taken precise measures and strategies and been implementing them to protect the people’s well-being with successful results, he added.
In addition, he said, the Royal Government has included the case of COVID-19 in the long-term strategic framework and advised people to take part in protecting their health against this deadly disease.
Samdech Techo Hun Sen expressed his pride that the Cambodian people across the country have shown the spirit of solidarity through the culture of sharing in difficult time by donating their own budget to the National Committee for Combating COVID-19 established on Mar. 18, 2020. As of the first week of July 2020, nearly 80,000 senior officials, civil servants, armed forces, businessmen and citizens have voluntarily contributed their own salaries and income with a total amount of nearly 42 billion Riel or approximately US$10 million to combat the disease.
The Premier also laid stress on the Royal Government’s social protection policy for the vulnerable people, particularly the Cash Transfer Programme for Poor and Vulnerable Households during COVID-19 launched in late June, and on intervention measures for private sector for their sustainable business operations during the hard time of COVID-19.
Samdech Techo Prime Minister took the opportunity to thank the World Health Organsation and all friendly countries, including China, Japan, U.S. and so on, for their spiritual, material and technical support for the Cambodian people in this difficult moment.
As of this morning, there are 141 COVID-19 confirmed cases in Cambodia, of them 131 have been cured and 10 have been being hospitalised. No fatal case has recorded so far.
Globally, the number of infected people rose to more than 12 million, including 558,090 deaths and over 7.2 million recovered cases. In ASEAN, there were 183,764 confirmed cases with 5,043 deaths, but 100,891 recoveries.