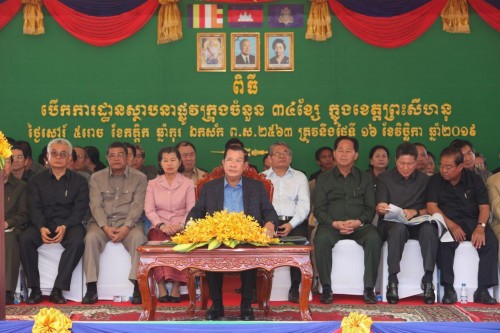 Head of the Royal Government of Cambodia Prime Minister Hun Sen clarified to the public that the kingdom only arrests people by court’s orders, speaking at the inauguration of road construction in the kingdom’s coastal province Sihanoukville on 16 November 2019.
“Justice Spokesperson Kim Santepheap already clarified that the court never arrests people anarchically. To arrest someone without the court’s order is against the law; the one who arrests others [without orders] also violates the law,” the premier stated.
“Arresting without orders is possible for red-handed crime only,” he underlined.