​PM Hun Sen: The Election Will Be Smooth and Just 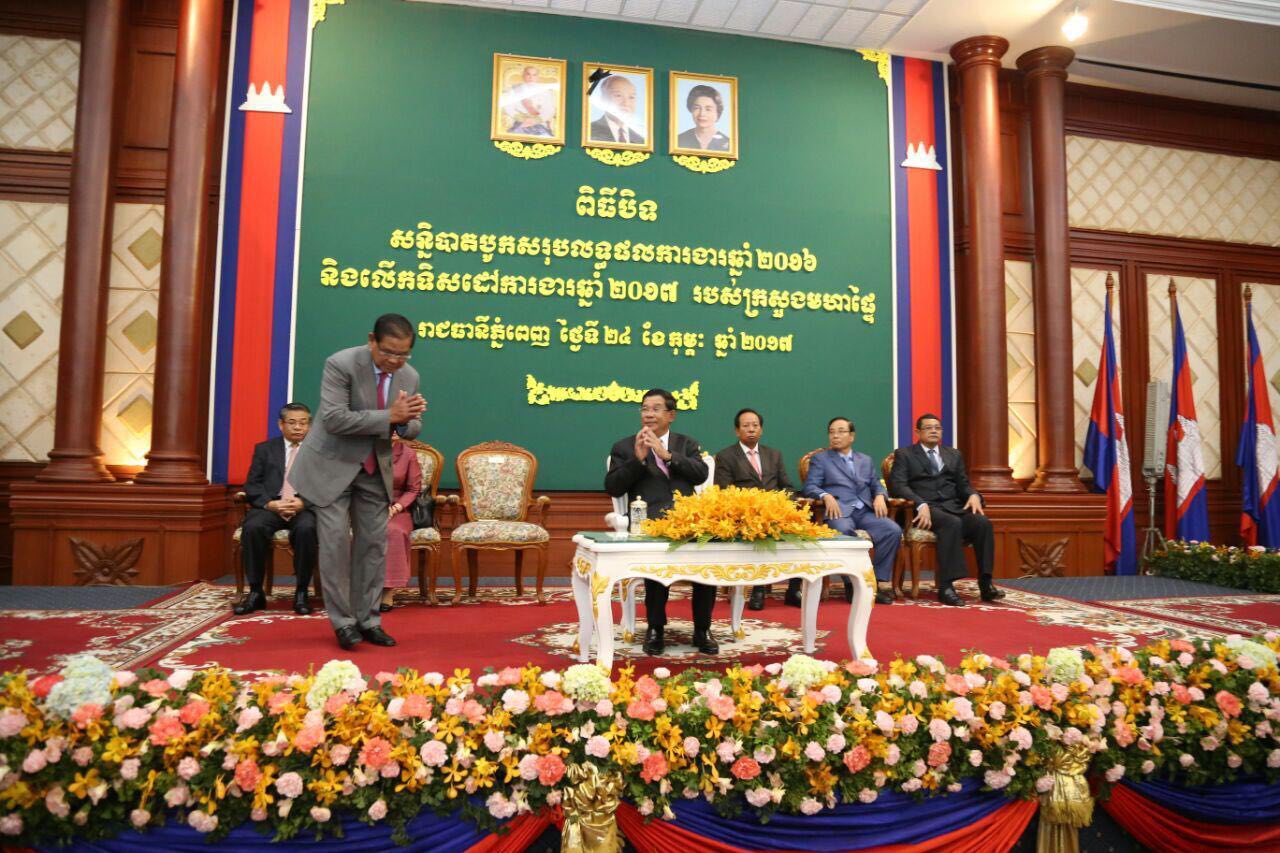 Source: FN
Prime Minister Hun Sen assured Friday that the communal election on June 4, 2017 will be held safely for all candidates of all political parties and that the government will ensure the election is going to be safe, free, just, and acceptable.

The assurance was made during Ministry of Interior’s Congress on Work Review 2016 and Action Plan 2017, held on Friday afternoon.
“Make sure the communal election on June 4, 2017 is fair and safe for all candidates of all political parties as we are the authority. On behalf of the government, no matter what the result is going to be, we shall ensure that the election is conducted safely, freely, fairly, and acceptably,” said the premier.
The premier also warned all political parties to not propagandize that if winning will eliminate citizens’ debt and that the authority will arrest those who made such a propaganda.
According to the National Election of Cambodia’s report, there has been 45 political parties registered. However, 12 political parties are in lawsuits, which are not able to compete in the council’s commune election on June 04, 2017.