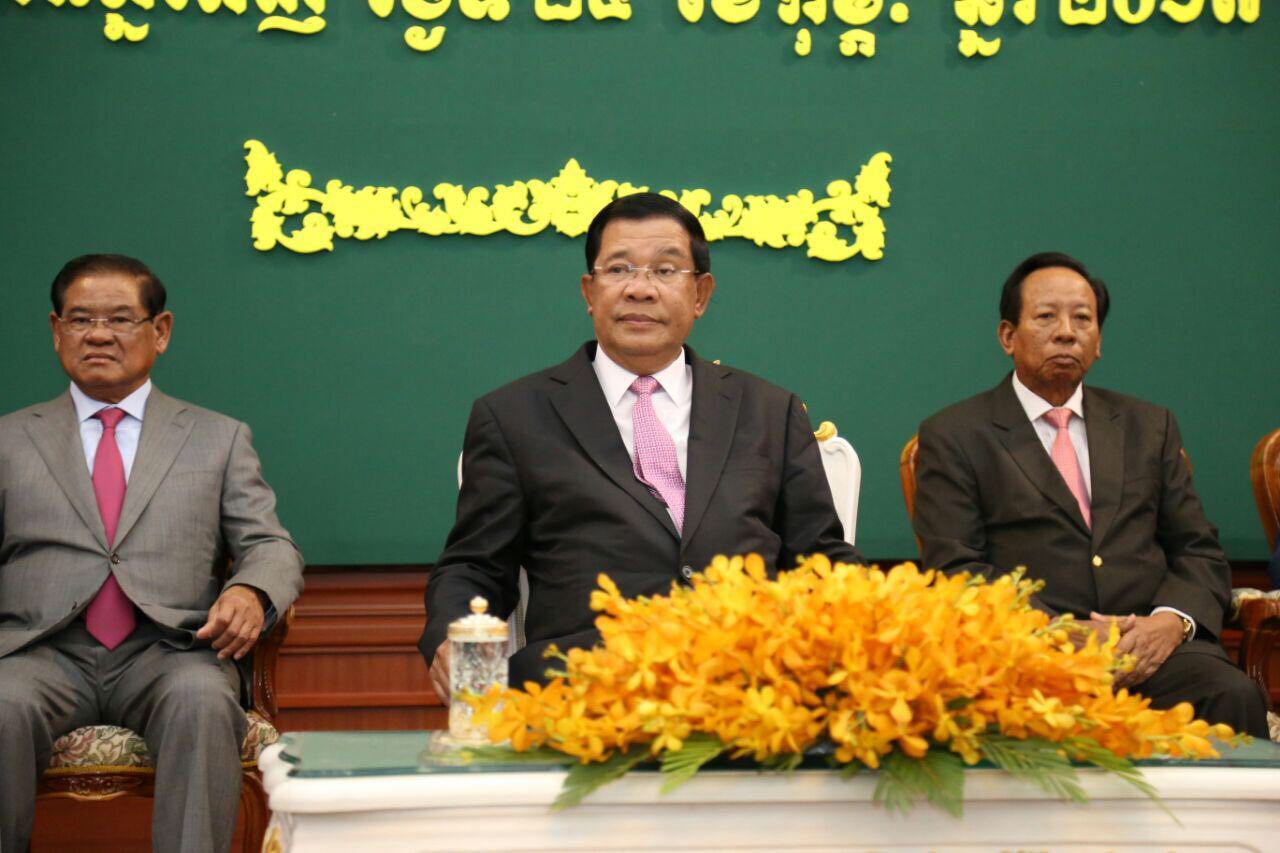 Source: AKP
Prime Minister Hun Sen announced that he is against any terrorists who wish to destroy stability and security of Cambodia. The premier urged authority of all levels to prevent the issue.

The announcement was made during Ministry of Interior (MoI)’s Congress on Work Review 2016 and Action Plan 2017, held on Friday afternoon.
The premier urged authority to manage foreign immigration along the borders, preventing any individuals or terrorists to destroy Cambodia’s peace and security.
While obstructing terrorists, the premier also warned the U.S to not interfere into Cambodia’s internal affairs, as the U.S has no influences on the Cambodia’s government.

The warning was made when the U.S advised Cambodia to burn down all the elephants’ ivories and rhino’s horns; however, the premier rejected to follow the U.S’s advice and recommend that all those ivories and horns shall be used for exhibition. The premier also allow other countries to borrow these items for exhibition.