(1) Preah Borom Ratanakaod Initiated the Request of Angkor Wat as a World Heritage Site Since 1991
[...] (The late) His Majesty King Father Norodom Sihanouk, Preah Borom Ratanakaod, has worked very hard since (when Cambodia was under the rule of) the Supreme National Council (of Cambodia - SNC). Meeting in Pattaya, he visited each Cambodian delegation [...] he even came to visit me and my colleagues who were the SNC members from the State of Cambodia in my own room. "Excellency! should we make our Angkor temples a World Heritage Site,” he consulted said at the time. This was exactly what I remember [...] since 1991. Through his efforts and the understanding of our friends, especially UNESCO, the temples was approved as a World Heritage Site in 1992 [...]

(5) Two Benefits - the Nation Protects the Heritage that Our Ancestors Built and We Have Won Recognition as the World Heritage Site and People Can Move from Living Illegally in Prohibited Locations to Live in Areas Where They Are Entitled to Rightful Land Ownership
[...] Firstly, the whole nation will benefit from the protection of the heritage that our ancestors built and left us thousands of years ago here, and that we won recognition for the site, with international helps, to include in the World Heritage List [...] as for the people who formerly and currently live illegally in the heritage areas, by moving to a new location, they now have a land of their own, and get legal land titles [...] in the previous location, our people lived with certainty, as they would not know if one day they would be evicted and they are unable to expand homes as families grow [...]

(6) Five Basic Policies and One Appeal to Facilitate Resettlements at Run Ta Ek and Peak Snaeng Villages
First, on transportation, we need to help transport from the old place to the new place. I would like to entrust this task to the 4th military region and the 2nd army division to use means to help transport [...]; Second, as for cash aid and first step support [...] today (we are providing each family with) 50 kg of rice, 1 large case of instant noodle [...] 1 big box of canned fish [...] 200,000 Riel budget, plus 1 million Riel for each family to contribute to building a house [...] and there are 30 more sheets of corrugated zinc [...]; Third, those who agree to leave Illegal places to come reside in legal places are to get poor-family cards and pregnant women cards [...]. Already under construction, including the road to here [...] more than 2 kilometers [...] should be ready in asphalt before the Khmer New Year [...] clean water [...] please hand over this matter to (Minister of Industry and Innovation) HE Cham Prasidh to look for sources of clean water to supply to this place [...] HE Keo Rattanak also figures out how to draw in electricity [...] we are to build a secondary school and have a high school [...] there will be a three sections building as health centers [...] and eight sections markets [...[ while Minister of Posts and Telecommunications is responsible for telephone and internet services [...] and finally, I call on microfinances to help provide loans to people who have come to live in this area of Run Ta Ek with low interest rates [...]

Samdech Techo Hun Sen,
holds a get-together with more than 1,000 families move
out of the Angkor Archeological Park, 13 September 2022.

Gains from Investments Used for Infrastructural Development to Expand Economic Growth (2)
[...] Through cooperation with OCIC, we have used the proceeds from Koh Pich investment, from Koh Noria investment, from Chroy Changvar investment to build necessary infrastructures. It is my strict order to not use the benefits of these investments cooperation on current expenses but only on infrastructures to expand economic growth. So far, we have spent them on both the bridges over the river and the flyovers [...] there are five bridges across the river, eight flyovers, with a budget of more than 226 million US dollars, which OCIC, who has been granted the right to invest, is building [...]

Establishing a New City in Kandal Province in Consideration (3)
[…] So far, we have conducted study aimed at building the district of Lvea Em into a city a city [...] I have made it clear with Samdech Krola Haom Sar Kheng that after the study, the city will not be attached to Phnom Penh. We will keep it under the Kandal province. We will not attach it to Phnom Penh anymore. Let Kandal province have their taxes [...] the governor of Lvea Em district, I suppose if that happens, becomes the mayor [...]

Subway May Be an Option for Cambodia in the Future (4)
[...] Oknha Pung Kheav Sae introduced one of his engineers who graduated here and then went to Japan to study design [...] in the past, it was not the right subject. Making the subway is also not in demand. Now the need for subways is obvious. Phnom Penh’s real possibilities [...]is perhaps the subway. Subway can be connected from Phnom Penh to Kandal province (and to other provinces) and run contiguous in Phnom Penh, maybe (make a railway line) below. I do not know which generation, but the current generation of young engineers can foresee it [...]

Hope Countries Where Cambodian Workers Quit Jobs Do Not File a Claim for Compensation ... (7)
[…] What has been happening over the past week [...] let the Government of the Republic of Korea, Japan, Thailand, especially the Republic of Korea, allow me to apologize for the shortcomings of Cambodian workers, who was cheated and quit their jobs there and returned home. I am begging the governments of those countries [...] do not file a claim for compensation from the Cambodian government or from employees who have run away from their jobs, and please do not associate other Cambodian workers with workers who make mistakes due to Brahma deception in Cambodia [...]

04 October 2022​ – Samdech Techo Hun Sen​​​ presides over the opening of the 41st General Assembly of Olympic Council of Asia. 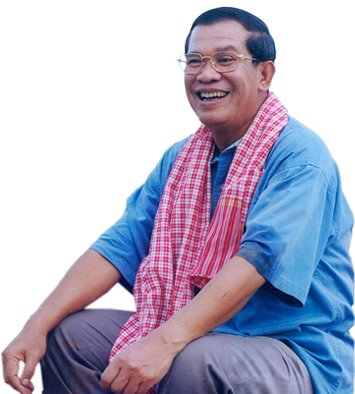 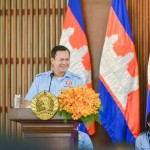 Two days passed and yet Rainsy still not responded to the wager made by Hun Manet over Rainsy’s allegation that Manet owned a fake degree from West Point Military Academy.

“Sam Rainsy has no courage to compete with the young generation. His silence is a clear answer that Rainsy does not dare to come out and wager with...Full story 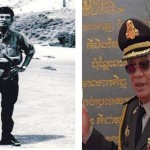 On Thursday, January 7, 2021, it will be the 42th anniversary of the liberation of Cambodia from the notorious, and noxious, Pol Pot regime and the end of the Killing Fields. It is the day Cambodian survivors of that genocidal period describe as their second birthday.
Without then-Mr. Hun Sen seeking of assistance from neighbouring Vietnam to drive Pol Pot from power on that day in 1979, one cannot imagine how many more millions, or perhaps the remains of Cambodians who...Full story 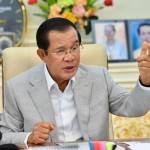 Despite her limited resources, this Southeast Asian nation’s Royal Government and the people share the same strategic boat amid the global spread of Covid-19 since early this year. Cambodia, like other parts of the world, sought different approaches to fight the infectious disease while the government and world bodies joined hands with scientists to produce a Covid-19 vaccine.

No rush
Earlier, many had high hopes that once the Covid-19 vaccine is in place things will get back to normal like before the...Full story 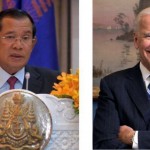 Samdech Akka Moha Sena Padei Techo Hun Sen, Prime Minister of the Kingdom of Cambodia, has recently extended his sincere congratulations to the Honorable Joseph Robinette Biden Jr., President-Elect of the United States of America.
“On behalf the Royal Government and people of Cambodia, it gives me great honour and an overwhelming pleasure to congratulate you on your historical election as the 46th President of the United States of America. Your vast experiences and wise leadership have proven to be the...Full story

PM Gives 14-point Recommendation to Get Prepared for 2021 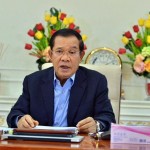 Prime Minister Samdech Akka Moha Sena Padei Techo Hun Sen has given a 14-point recommendation to prepare for possible large-scale community transmission of COVID-19 in 2021.
“It does not mean we are going to have large-scale community transmission, but we cannot underestimate, we need to get prepared in advance to be able to respond to such thing if it happens,” he said in his address to his compatriots on the COVID-19 situation in the country, at his residence in Takhmao town,...Full story 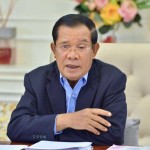 High school students cannot sit for their exam rescheduled for Jan. 11, 2021, announced this morning Prime Minister Samdech Akka Moha Sena Padei Techo Hun Sen in his message to his compatriots broadcast live from his residence in Takhmao town, Kandal province.
The Premier made the announcement as the Nov. 28 community cluster transmission event has not yet ended even though it is under control.
“All high school students of this 2019-2020 academic year are all allowed to pass the exam...Full story

Letter to Lao PM on an Additional 200k Vaccine Donation.

Letter of Condolence addressed to Her Excellency Angela Merkel, Chancellor of the Federal Republic of Germany, on the devastative flooding that hit Western Germany on 15 July 2021.

Letter to Congrats China on Successful Landing of Zhurong Spacecraft on Mars.

Outcomes of the Official Visit of Samdech Techo in the Czech Republic on 13-14 October 2019.

Life as an Input.

The March Towards Saving Cambodia on 7 January 1979 from the Genocidal Regime of Pol Pot. 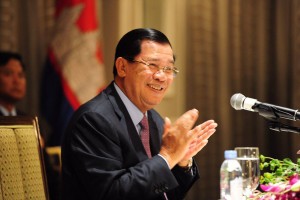 Here is the Music Player. You need to installl flash player to show this cool thing!

Press Release on the Signing Ceremony for the Returning  of 27 artifacts.

Reviews of Topics from Off-the-Cuff Comments / Speeches of Samdech Akka Moha Sena Padei Techo HUN SEN, Selected and Compiled by the Cambodia New Vision Team of the Cabinet of Samdech Techo, March 2017. (In Khmer only)

Main Statement and Elaboration  by Samdech Akka Moha Sena Padei Techo HUN SEN, Prime Minister on “Demarcation of Land Boundary and Maritime Delimitation between the Kingdom of Cambodia and the Socialist Republic of Vietnam”, The Plenary Session of the National Assembly, 9 August (In Khmer Only).